Ring in the New Year With a New Water Heater!

Time To Replace the Water Heater? 3 Signs That Say “Yes It Is!”

Imagine starting the new year without hot water – talk about a nightmare! During the chillier days of winter, the last thing any homeowner wants to deal with is a busted water heater. But few homeowners know when something has gone wrong with the heater or when it’s time to consider replacing it. The good news is, there are three easy to spot signs that can indicate the water heater is starting to fail, and replacement is necessary.

If the heater is older than 10 years, it’s probably running on borrowed time. This is especially true for traditional tank water heaters, which have an average manufactured life expectancy of 12 years. Modern tankless water heaters can last up to 20 years, but that number relies on the unit’s regular maintenance and care.

If maintenance has been neglected or if the unit is a tank water heater, 10 years marks the beginning of the end for the unit. It’s important to have the water heater inspected to get a professional estimate on when replacement is required. Savvy homeowners will start looking for a new unit to be replaced before the aging unit suffers a failure.

#2 The Water Is Rusty 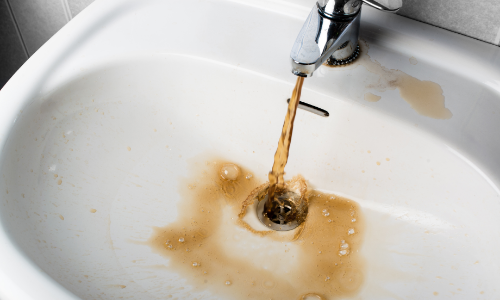 If the rusty water only comes through the faucet when hot water is summoned, it’s time to call a plumber. Water should run relatively clear in color from faucets in a home. When water begins to take on a red, rusty tinge, this isn’t just hard water minerals coloring the water. There’s likely rust developing in the water heater tank.

If the anode has rusted through and has not been replaced, the tank will begin to rust. Or, the tank may rust from the outside due to a damp basement environment or other exposure to water.

#3 The Heater Has Sprung a Leak (Or Two)

When the water heater springs a leak early in its life, usually a loose part is to blame, and it can often be resolved by a plumbing professional. But, when leaks become a common issue, it could signal imminent water heater failure.

Over the thousands of heating cycles that water heaters go through, the metal tank experiences frequent expansion. This expansion leads to fractures in the tank, which is indicated by leaks around the unit. Leaks can also come when corrosion from rust has eaten entirely through the unit from the inside out. 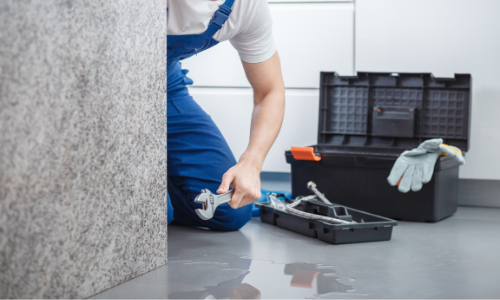 When fractures or corrosion have occurred in the tank, the only solution is to replace the water heater. It’s important not to put replacement off when leaks are occurring, as leaks can lead to water damage, mold, and flooding in the home.

Homeowners should greet the new year with a smile and positivity. To do this, they should keep an eye out for these three signs the water heater needs replacing before reaching out to a local plumbing expert to get a brand new water heater!

Since 1988, Point Loma Electric and Plumbing has been supporting the San Diego community with excellent plumbing and electrical. They pride themselves on providing quality work at a fair price to their clients and work hard to finish every job on time and leave their clients with a smile on their face. Call now for water heater services!